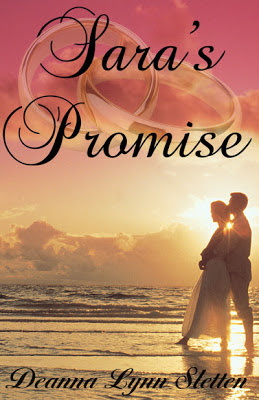 Do you believe in soul mates?

William Grafton had the perfect life with his lovely wife, Sara, and two teenaged children. But one day his perfect forever was shattered when Sara died suddenly, leaving him alone to raise his children and wonder how he would ever get through life without his soul mate. Five years later, he finds himself looking into a familiar pair of blue-green eyes that remind him of Sara. The woman is the exact opposite of his late wife, yet he finds he is drawn to her. But after a few strange occurrences, he begins to wonder–are these just coincidences or has his Sara come back to him as she once promised in the form of this new woman?

Annie Paxton doesn't believe in soul mates or fate. She had watched her father die of a broken heart after her mother passed away and has since cast away any fairy tale ideas of love. Then she meets the man who has been haunting her dreams and she begins to see love in a whole new light. But her dream man is still tied to his deceased wife, and Annie doesn't know if he will ever be able to break away from his past. As strange occurrences unfold, Annie wonders if William could ever truly love her for herself and not for the traits that remind him of Sara.

Were William and Annie brought together by fate, coincidence or by Sara keeping her promise?

Annie thought of him all the way back to her apartment, and again as she lay in her bed that night. It's him. I'm sure of it, she thought. It was obvious he was still heartbroken over the loss of his wife. She had seen it in his eyes when he spoke of her. She wasn't sure how long his wife had been gone, but thought how sad it was for him. He was an attractive, energetic man, and he seemed too young to cling to a memory. As she drifted off to sleep, she was looking forward to spending the next day with him.
Across town, as William lay in bed that night, his thoughts kept returning to Annie. Her energy and her enthusiasm as she constantly snapped pictures with the camera that hung around her neck had enchanted him. There was something so familiar about her, something he just couldn't put his finger on. Her eyes were exactly like his wife's, but other than that, she was completely different from Sara. All he knew was for the first time in five years, he'd completely enjoyed his day and was looking forward to tomorrow.

Sara's Promise is available on:

Deanna Lynn Sletten writes women's fiction novels that go beyond the basic romance novel. Her stories dig deeply into the lives of the characters, giving the reader an in-depth look into their hearts and souls. Deanna has also written one middle-grade novel that takes you on the adventure of a lifetime.

Deanna started her writing career in the early 1990s writing articles for parenting publications and local newspapers. Over time she transitioned to writing for blogs and websites and was a contributing writer for the women's website, She Knows. In November 2011, she changed course and put all her energy into novel writing and hasn't looked back since.

Deanna is married and has two grown children. When not writing, she enjoys walking the wooded trails around her northern Minnesota home with her beautiful Australian Shepherd or relaxing in the boat on the lake in the summer. 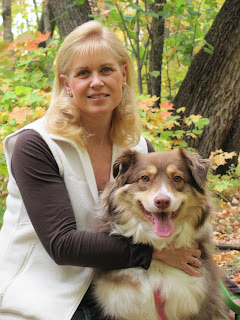 In celebration of Deanna's new book release she is having a giveaway! Leave a comment on this site to have your name entered in the drawing for one of four prizes: Two $25 Amazon Gift Cards and 2 paperback copies of Sara's Promise. Be sure to include your email address so we can contact you. You can enter at each site of the blog tour for more chances to win! Giveaway starts December 10th and ends December 17th at midnight. Winners will be contacted December 18th after noon.


I deeply apologize to Deanna for posting another author's photo with her blog tour and giveaway! It's been one of those days for me. Please forgive my mistake.